Patanjali’s messaging app Kimbho will take another two more months for it’s set up, Yoga Guru Baba Ramdev stated in his press conference. “We have received huge traffic during the trial run of Kimbho and the app downloaded by more than 1.5 lakh users within it’s testing phase. We are getting prepared for the final launch and technical procedure are underway. We will need about two more months for the complete setup, as we are being more concerned to handle large user traffic with smooth user experience,” Baba Ramdev said during addressing a press conference in London on Friday. Baba Ramdev added that the ‘Swadeshi messaging app” would be launched officially in the coming future.

Early in May this year, the official announcement of the app was made by Patanjali Ayurveda Limited, claiming that it would be the rival to an existing messaging app in the market.
Patanjali already launched Sim card and now they are preparing for a messaging app named Kimbho, which may give close competition to WhatsApp. “User can download the app from Google Play Store, “Company’s spokesperson Mr. SK Tijarawala had tweeted in Hindi. However, a day after the app’s trial launch, it was brought down from Google Play Store and its iOS counterpart following alleged security and privacy concerns. Tijarawala also added on Twitter that the app would be re-launched soon after rectifying all technical issues.
Do you know, you can access WhatsApp on big screen Desktop Pc
However, Kimbho messaging app was pulled out from Google Play Store within few days of its pilot run, but there are about 21 fake Kimbho named apps are available on Google Play Store and Mr. Tijarawala warned people to stay away from this fake app which is encashing their brand, we will never sell private data of our consumers and people may lose their private data on this duplicate app around the internet added by Patanjali spokesman.
As per the latest updates, Patanjali executives have confirmed that the Kimbho app is still on hold. This suggests that Patanjali may reconsider to launch the Kimbho app again and yet again will aim to take on the likes of existing popular messaging applications like WhatsApp. (News source India Today, July 1, 2019)
Just wait and watch for the Kimbho, a desi messenger app!
ad

How To Play PUBGM On Pc Using Android Emulator

What is fantasy sports?

List of The Best Internet Service Provider For Home And Business 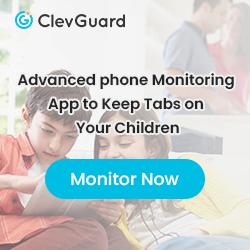